It’s no secret that Cybercriminal operations are not very different from how legitimate businesses operate. Much like a CEO heads a global corporation, a mastermind may stand behind the most notorious and widespread cybercriminal gang.

In the early 2000s, the most prominent cybercriminal rings had a mafia-like structure as they were led by the so-called “dons”. Each don had a right-hand man known as a “consiglieri,” who made sure the wheels of the operation kept turning.

The very first cybercriminal gangs that gained notoriety for reaping millions of dollars from victims the world over while evading capture for years include CarderPlanet, Shadowcrew, and the RBS WorldPay Gang. Times may have changed, and the rings’ structure, tools, tactics, and targets may no longer follow those of the old crews, but cybercriminal attacks continue to linger on. Though we still see reports on the misdeeds of individual threat actors today, cybercriminal rings continue to wreak greater havoc due to the scale of their operations — the case in point: The Business Club.

This downloadable white paper will take a closer look at the Club in action and show how domain intelligence feeds and APIs could help in similar situations.

The Attack: The Business Club in Action

The Business Club is a notorious Eastern European organized cybercriminal gang accused of stealing more than $100 million from banks and businesses worldwide. Apart from pulling off profitable heists, it was also believed to have ties with phantom Chinese firms conducting cyber espionage in the region of Russia’s far eastern border.

Members of the Business Club are known to have preyed on banks and small businesses. Believed to have been operating since as early as 2011, around six core group members supported by some 50 individuals who acted in capacities, including 24 x 7 tech support technicians, third-party malware suppliers, and money mules, emptied the bank accounts of victims from China, Australia, the U.S., and other parts of the world.

The Business Club’s successful operations relied on scare tactics to trick victims into paying up. How did they deliver their nasty payloads to the victims’ computers? By the oldest but still effective means — email.

One of the ruses the Business Club members used to reel in targets were legal threats delivered via email with malware-laced attachments. In this particular case, the malicious attachments came in the form of Microsoft Word documents that supposedly contained details on a suit filed against the victim. Of course, anyone scared enough ended up opening the attachment, infecting his computer with the perpetrator’s malware of choice. In this case, the gang used tools from the GameOver ZeuS arsenal.

The Case Facts: Behind the Operation

The Business Club is believed to be led by Evgeniy Mikhailovich Bogachev (most popularly known in the cybercriminal underground as “Slavik”), the alleged creator of the GameOver ZeuS malware, who in 2018 joined the Federal Bureau of Investigation (FBI)’s most wanted list with a $3-million bounty on his head.

Cybercriminals who wish to become part of the Business Club have to pay an initial membership fee. With that came a profit-sharing agreement. They did not reap the full benefits of membership, however, until they prove themselves worthy — a typical practice in the cybercriminal underground known as “vetting.” In-depth research revealed that the gang’s members covered Russia’s 11 time zones, allowing them to pull off cyber heists in any part of the world.

Business Club members had access to the GameOver ZeuS botnet panel (dubbed the “World Bank Center” with the tagline “We are playing with your banks”), so they can hijack victims’ online banking transactions. The tool also enabled them to bypass security features, including the use of one-time tokens and secret questions. It looked like this: 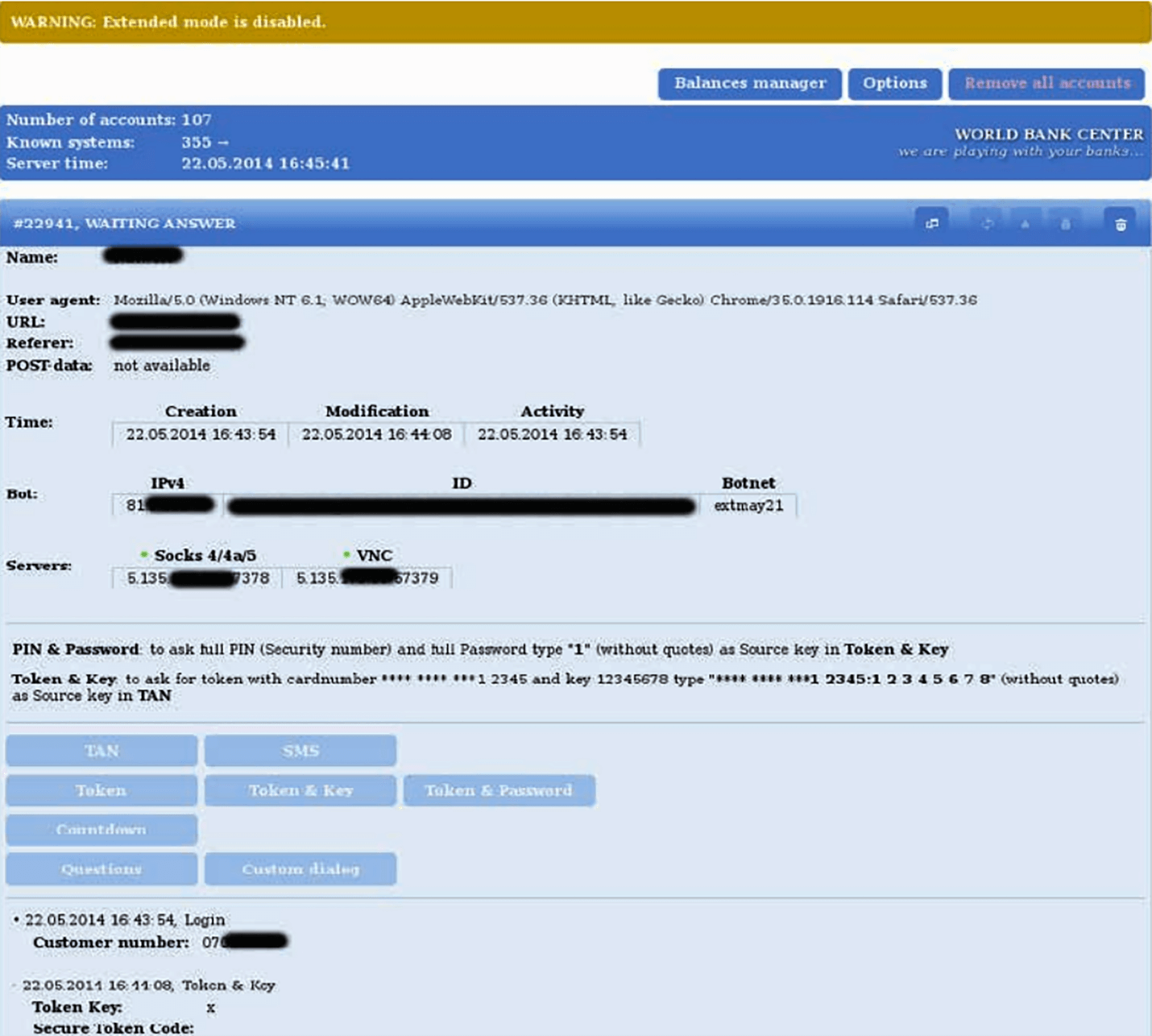 Once the victim’s account has been compromised, the cybercriminal can quickly initiate a fund transfer (at most times, the entire balance) from the target’s to the group’s own account. Moreover, because he used the account owner’s credentials and managed to bypass even the additional layers of security without a hitch, the bank would approve the transaction unless the account owner is alerted beforehand and thus stops the transfer from happening. That didn’t often seem to be the case, however, as evidenced by the gang’s recorded earnings.

According to an FBI alert issued on April 2011, following the loss of $20 million from various small businesses in the U.S., members of the Business Club siphoned off victims’ bank balances to accounts of bogus Chinese firms (their money mules) located on or near the country’s border with Russia. See a sample bank transfer from a victim in the U.S. to a fake Chinese firm below. 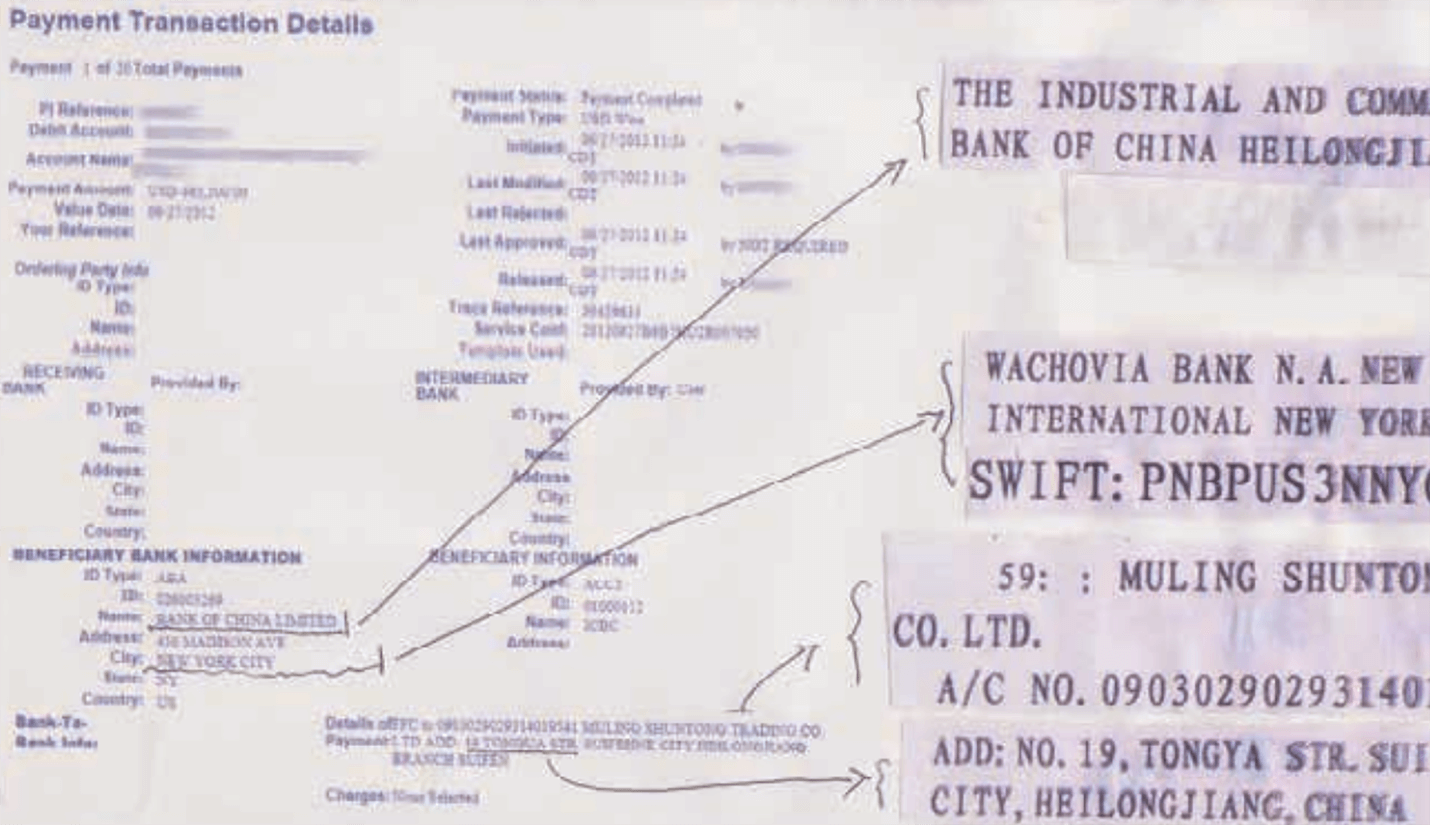 After years of gathering information on similar attacks, Fox-IT researchers managed to gain access to a Business Club server that allowed them to identify the mind behind the global cybercrime ring — Evgeniy Mikhailovich Bogachev, more popularly known by his aliases as “Slavik,” “lucky12345,” and “Pollingsoon.” Not only is he wanted for conspiracy to participate in racketeering activity, bank fraud, conspiracy to violate the Computer Fraud and Abuse Act, conspiracy to violate the Identity Theft and Assumption Deterrence Act, aggravated identity theft, conspiracy, computer fraud, wire fraud, money laundering, and conspiracy to commit bank fraud, but he is also suspected of cyber espionage targeting Russia’s neighbors that include Georgia, Turkey, and Ukraine. No evidence of the rest of the Business Club members’ involvement in this, however, has been found. 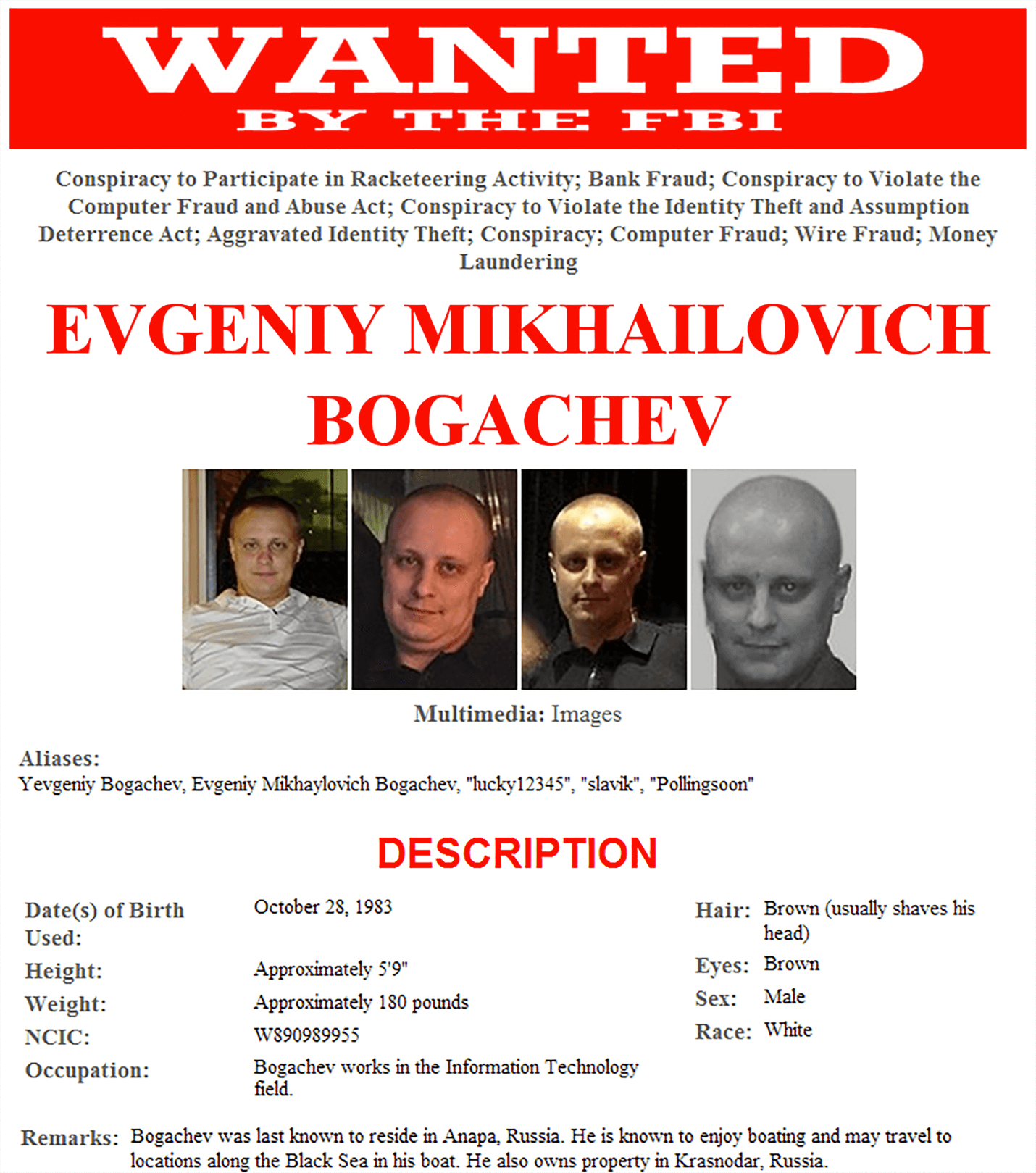 A Possible Solution: Can Domain Data Help the Good Guys?

Catching thieves in the real world is challenging enough but doing so online is even harder. Today’s cybercriminals come armed with all the bells and whistles to stay under the authorities’ radars. As a result, law enforcement agents need to keep up with the latest in technology and learn how to use it to catch cybercriminals.

As in real-world heists, cyber thieves can leave traces though these may not be as easy to pick up. Law enforcement agents on their trail need at least a domain, an IP address, or an email address before they can even start connecting the dots and pinpointing perpetrators who typically only go by on aliases.

In the Business Club’s case, the FBI got the most significant lead when Fox-IT researchers managed to infiltrate one of the gang’s command-and-control (C&C) servers. As you would probably know by now, every server or system, in general, has its own IP address.

Given that, a law enforcement agent hot on the Business Club’s trail can use domain data to obtain as much publicly available information on the server as possible. Let’s take a closer look at what WHOIS information can give us and how this can aid in similar investigations via the following step-by-step guide:

The Verdict: Lessons Learned from the Business Club Case

You may have noticed how laborious the steps in conducting a cybercriminal investigation are. The hardest step is acquiring enough bulletproof evidence to file a case against perpetrators who bask in the anonymity that the virtual world generously offers. With the right domain tools, data feeds, and enterprise API packages that help identify potential suspects and pinpoint their origins though, law enforcement agents can get more solid leads and evidence that will ultimately help them solve cases.

Domain research and monitoring tools such as Domain Research Suite should also be part and parcel of a law enforcement agent’s arsenal. With it, agents can perform various actions that can spell the difference between catching the bad guys or letting them get away. Even with just a company name, a phone number, or an email address, for instance, they can launch basic, reverse, and historical WHOIS searches that will provide accurate and timely information on potential suspects. Constant monitoring of domains, brands, and registrants tied to attacks and criminals is also possible with such a tool.

If you’re interested in pursuing a career in law enforcement or are already an officer who has run out of leads for an ongoing investigation, you may wish to try our tools out. Sign up for free and see if they help.

To download the full article in PDF, please fill in the form.